Why Are There Ads For Prescription Drugs?

I don’t watch much television on a regular basis anymore for a variety of reasons, the primary being that I refuse to pay for cable until ala carte options are available. However, now that the NFL has started up again, which I really enjoy watching, I’ll be tuning in quite a bit more in order to watch the games. Usually I’m just interested in the Vikings and the NFC North but I’m in a fantasy football league for the first time this year and my watching habits have definitely increased. For the last several years I’ve noticed that there has been an ever-increasing amount of prescription drug advertisements, known as direct-to-consumer (DTC) advertising, and they are commonly shown during sporting events. For a long time I’d get frustrated when these spots would run through the side-effects list, which can quickly spoil an appetite or cause a bit of awkwardness in the room. After thinking about it a bit more though, I couldn’t help but think to myself – why are there ads for prescription drugs in the first place? This is something that is just really puzzling to me. Why is it even legal?

It turns out the US is one of two countries where it is permitted. The other is New Zealand, which I found to be somewhat surprising considering the country’s stance on other issues. In fact, it’s really only been going on in the US since 1997, when the FDA issued new loosened guidelines (legal since 1985 but guidelines were strict). The pharmaceutical companies have been pushing for lower barriers in Europe for the past couple of years but recently, 22 of the 27 European Union leaders came out against a European Commission proposal for new legislation. While I enjoy living in the US this is unfortunately another case where European and other developed countries just seem to get it and our politicians and lawmakers are either too corrupt or just plain unattentive to stop it completely. It also gives me another excuse not to trust the FDA, not that I had much reason to in the first place. With all the talk about healthcare reform lately, which I’ve completely ignored because I doubt public opinion will really matter in the end, I thought it might be a perfect time to write this article.

Don’t you trust your doctor?

After looking through articles and studies on direct-to-consumer advertising, I started to realize how disturbing the concept really is. The New York Times ran an opinion piece on the topic in August and highlighted several reader comments. One of the more memorable excerpts comes from a pharmacist going by the name of Pat McCauley. I think it sums up the truth behind this marketing quite nicely:

“As a pharmacist, I see how damaging direct to consumer marketing is. The reality is that there is a large segment of the populace that will see a commercial, and then want that item. Whether it is a new car, a new phone, Ipod or drug. The sexiness of the marketing just increases the appeal of that consumer good. Frequently, patients demand the prescriptions from their physicians. They make up symptoms, pester the doctor, go to many extremes to get what they want. And that doesn’t even include the free coupons available on-line and in magazines that further the demand by the patients.”

As frightening as that sounds, I completely believe it. The US is known as the “pill-popping” nation. In an article on BusinessWeek.com published in May of 2008, Dr. Daniel W. Jones, president of the American Heart Association, stated that the largest increase in chronic medications has been observed in the 20-44 year old age group, where it rose 20% over six years. There’s absolutely no way that you can tell me this has nothing to do with pharmaceutical marketing. Here’s another startling statistic from a 2008 article from the journal of Sociology of Health & Illness, which cites a GlaxsoSmithKline press release: in the week after the 2004 Super Bowl, of which Levitra was a large sponsor of, prescriptions of the drug grew by 15%. Why aren’t the red flags going off in people’s heads? The most disturbing thing about the “ED” ads is that they seem to be targeted at more casual use rather than a fix for a medical problem. 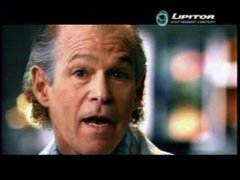 Did you know that Robert Jarvik, formerly featured in ads for Pfizer’s Lipitor as the inventor of the Jarvik-7 artificial heart, is not a licensed medical doctor? Here’s more from the WHO: “It was a killer advertisement, part of a campaign put together at a cost of US$ 260 million for drug company Pfizer. But it relied on the audience being unaware of several important facts: Robert Jarvik, the distinguished “doctor” in the boat, had never been licensed as a medical doctor, could not legally prescribe anything and was not the inventor of the artificial heart (at least according to three former colleagues at the University of Utah).” These ads came under fire in congress and the news media around January of 2008 and in February, the ads were pulled.

Want the “reason” these companies want to advertise? Here’s a blurb from The Pharmaceutical Research and Manufacturers of America website, which represents the country’s major pharmaceutical and biotech comapnies:

It looks like they’re missing a “not” in that statement, which actually makes it a bit humorous, but it should be clear; though very unfounded in my opinion. Apparently, the drug companies pitch their ads as informative, educational, and potentially healing or even life-saving guides. While there might be one or two stories out there about DTC advertising being able to accomplish this, I’d say that most people know when it’s time to go to the doctor’s office and would never be able to self-diagnose a problem from a quick TV spot. The most common categories that these advertisement fall into include: cardiovascular diseases, allergies, diabetes, acid reflux, depression, and unfortunately for all of us, male impotence. Most of these medical problems aren’t things that just pop up overnight; they’re either life-long afflictions or issues that slowly build up over time. If the advertisements don’t help with diagnosis, then the only thing that could possibly be gained from them is the knowledge of the medication as an alternative. But how does that really help anyone? If a drug doesn’t seem to be working for you or if you are having an unwanted side-effect, wouldn’t you just go back to your doctor and go with their recommendation?

Another scary thing to think about is the influence this marketing is having on doctors. Not only are the pharmaceutical companies trying to push their products to the physicians directly through salesmen, which also seems unethical to me, they also get to see all these DTC ads along with the rest of us. I would assume that most doctors would simply tune out the majority of this marketing but it certainly doesn’t sit well with me.

If the billions were reallocated…

When I state billions, it’s no joke. According to the WHO, the industry spent about $5 billion on DTC advertising in 2007. I took the following table from SourceWatch.org, which gathered the information from Government Accountability Office reports. SourceWatch also links to some great resources on the topic as well.

Probably the most upsetting of it all is how much money goes into the advertising for prescription drugs. If direct-to-consumer advertising was banned in the US all of that money would have to be reallocated into other areas of the companies. They might be able to put more into research and development for finding new medications, it could be used to purchase more or new equipment or hire more employees. Wouldn’t that potentially lower the cost of these medications dramatically for both insurers and consumers? Think about all the politicians that campaign on lowering the cost of prescription drugs, with ads the feature them sitting down to coffee with senior citizens, and yet the US is one of the two countries where this marketing is allowed but I’ve never heard it mentioned on the campaign trails.

I feel that direct-to-consumer marketing is a complete disgrace that shows the rest of the world that our society is built on consumerism and I find it to be one of the most unethical forms of advertising in existence. Prescription medications aren’t about feeling good, they’re used to solve problems. It shouldn’t just be reigned in, like some members of congress have stated, it should be ended outright. This marketing doesn’t provide consumers with any type of beneficial information or advantages, ending it would most likely lower prescription costs, people would probably be much less likely to use prescriptions in a more casual form, and we wouldn’t all have to suffer though them while watching our favorite television programs or browsing through our favorite websites.

The Pharmaceutical Research and Manufacturers of America. Web. <http://www.phrma.org/>.

Posted in Opinion | No Comments
Bjorn
By Bjorn
Comments

This site uses Akismet to reduce spam. Learn how your comment data is processed.